They say better late then never and here it goes.

It has been over two years since I finished the Autopilot install and I couldn’t be happier. The Simrad AC12 steers the boat beautifully and has made cruising a breeze.  Last year we did a two week cruise to Maine with some long delivery days where we barely touched the helm.

My last entry on the install showed completion of the rudder position sensor.  After the sensor was installed the next step was to get into the wiring.  Using NMEA2000/Simnet on the compass and the rudder sensor simplified the wiring.

The RC42 compass was installed low in the boat, under a settee close to mast.  Basically as close to the center of balance as possible.  This gives the RC42 a truthful picture of how the boat is moving without exaggerations that can cause overcorrections.

I installed the AC12 and wiring hub in the port lazarette on the aftmost bulkhead.  This simplified the wiring as it is just a few feet from the drive and NMEA2000 drops from the rudder sensor, helm mounted chart plotter and Simrad Gs25 mounted on the stern rail.  The AP24 was mounted in an existing pod at the binnacle.  It replaced an old Raymarine st4000 head with a similar cutout size.  I used the old wiring coming out to fish the new wiring coming in.  Using Simnet it was a single wire run.  I also reused the power line from the St4000 as well which speeded up the new wiring install.  The boat already had a dedicated breaker on the main electrical panel for an AP.

I have had a few comments asking for more photos of the sensor and drive install.  I will try not to disappoint with what is below.  I want to grab a few videos of the AP in action. 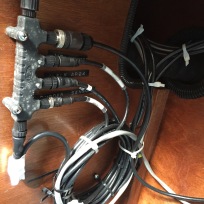 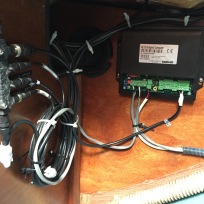 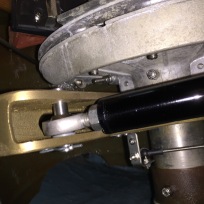 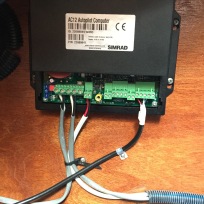 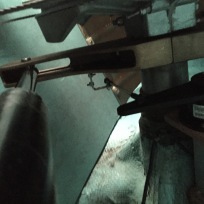 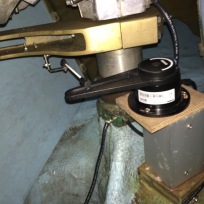 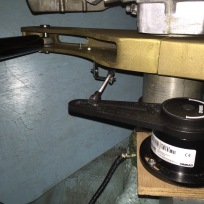 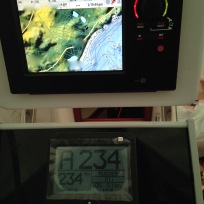